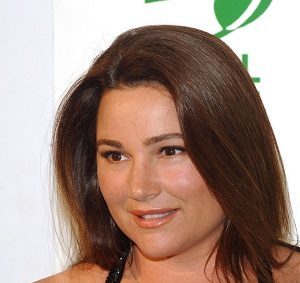 After that, I will also show you a brief biography of Keely Shaye Smith including age, status, full name, ethnicity, Nationality, houses, properties owned, and complete profile.

If you are interested in getting an overview of how Keely Shaye Smith makes her money (sources of income) and profile, continue reading.

How does Keely Shaye Smith make her money?

Keely Shaye smith started out her career as a model and actress and made her first appearance in “Stuck with you” a music video that made waves as the number one spot on the billboard hot 100 for three weeks.

Keely Shaye Smith is currently married to Pierce Brosnan, An actor as well.

1986: she modeled on the scene in Huey Lewis’ music video ‘Stuck With You’, the song stayed at number one on the Billboard 100 for three weeks.

1990: she acted as Valerie Freeman for one season at General Hospital.

1991: she served as an environmental correspondent for The Home Show on ABC.

1997: Keely later served as a correspondent for Unsolved Mysteries and a gardening expert for ABC’s Good Morning America. She even created an eco-friendly home and garden how-to show called Home Green Home

2007: Over the course of five years, Keely worked with the Natural Resources Defense Council and the International Fund for Animal Welfare to stop a proposed salt factory from being built at Laguna San Ignacio, Baja California Sur, Mexico.

2007: She fought the Cabrillo Port Liquefied Natural Gas facility. The facility was originally proposed to be built off the coast of Oxnard and Malibu.

2018: she continued her environmental work as she produced and directed the award-winning, environmental documentary Poisoning Paradise; a film that demonstrates the threat of the increasing pollution which plagues Hawaii.

Keely Shaye Smith has been nominated for many awards and she also won some of them.

They include a Special Achievement Award at the 1991 Environmental Film Festival, two Genesis Awards, and a nomination from The Environmental Media Association(EMA).

Keely Shaye Smith, together with her husband, Pierce Brosnan owns many properties.

Real Estate: Pierce and Keely own a number of impressive properties around the globe.

In 2000 the Brosnans bought a beachfront property in Malibu for an undisclosed price.

They tore down the existing home and built a 13,000 square-foot Tahitian style mansion that sits on 120 feet of ocean frontage. O

ver various summers, Pierce and Keely have rented the house during summer months for $250,000 PER MONTH.

Today Pierce and Keely Shaye Smith own Malibu house which is estimated to be worth $20-25 million.

As at the time of writing this post, Keely Shaye Smith is still very much alive and living.

I believe this article has answered the question, “What is Keely Shaye Smith’s net worth 2021 according to Forbes.com”.

That is all for now on Keely Shaye Smith’s net worth 2021, biography, age, weight, height, houses, spouse, assets, and biography. 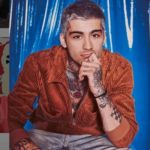 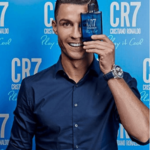